What is Christian Nationalism and Why Does it Matter?

There is a real and present threat to our democracy, to marginalized communities, and to our Christian identity as Christian Nationalism has gained a foothold in America. Here is a link to a letter by Bishop Dwayne Royster, Executive Director, POWER; Senior Pastor, Faith United Church of Christ, inviting clergy and lay leaders to denounce Christian Nationalism, educate our communities about its falsehoods, and work to offer faithful alternative for the future of our state.

The Ugly but Hopeful Truth

In the whirlwind of the PSEC Spring meeting and the various hats I was wearing throughout our time together, I woke up grieved in my soul for the things I failed to say as I took the podium for the Racial Justice Team. So please indulge me as I take this opportunity to speak from my heart to the PSEC churches’ White congregants and their leadership. Click here for full article. (Written by Anne Cormier giving permission to use and adapt as needed.)

God of all comfort, the violence and pain of what happened in Buffalo this weekend overwhelms us. We are grieved. We are angry. We are traumatized. We cry out to you in anguish.

Comfort the family, friends, and the community of those slain. Enfold them in your holy love. Strengthen them through the love, care, and support of others in this time of unspeakable grief.

God of justice, we pray for the protection and comfort of Black communities everywhere.

Silence those who spread fear and hatred, and through your Spirit, raise up our voices in a cry for justice.

Take our broken hearts and our tears and turn them into acts of love.

Strengthen us do the hard, long work of racial justice.

May centuries of racism and white supremacy cease as we work to establish your beloved community on earth as it is in heaven.

May human dignity and kindness abound; may holy love be our daily bread and the foundation for all that we value and create together.

In the name of Christ, we pray. Amen.

The Racial Justice Initiative Team of the PSEC of the UCC would like to share with you these links to both days of the Racial Justice Symposium held in October, 2021. We had the blessing of two great keynote speakers, the Rev. Dr. Drew Hart and the Rev. Dr. John Dorhauer. The wisdom they shared with us was so invaluable we wanted to share it with the whole conference and beyond.

“When love is the lens through which we see the world, justice is possible.”- Rev. Traci Blackmon

Few people know that a very public lynching took place within the boundaries of the Pennsylvania Southeast Conference (PSEC) of the United Church of Christ in the early 20th century. Zachariah Walker, an iron worker who left Virginia in search of work and landed a position at the Worth Brothers Steel Company in Chester County was lynched on August 13th, 1911 in Coatesville, Pennsylvania. The Zachariah Walker Racial Justice
Initiative was born out of a desire to remember this atrocity and raise awareness about the ways people of faith can follow the prophetic call to stand up for racial justice.

In this time of challenge and reckoning, the light of Christ is shining through the sins of the generations, revealing how white privilege has colluded with, chosen to ignore, or refused to
see the sin of systemic racism in our midst. As Christians, we are called to open our eyes, and open wide our hearts to Black communities and all people of color who continue to be oppressed by our nation’s original sin – racism.

The veneration and idolatry of whiteness and white power creates degradation, enslavement, oppression, and racial violence that grievously injures Black and Brown people and
diminishes the humanity of white people who commit both the interpersonal and structural violence that sustain racism.

The Holy Spirit is moving through this land in the voices and hearts of those challenging the status quo of hundreds of years of racial and economic injustice and who are calling for real, concrete change. The PSEC seeks to answer this call to work for racial justice and create a culture of anti-racism within our churches and our communities by (1) facing and embracing our collective past, (2) opening our eyes, minds and hearts to the
present racial suffering and injustice, and (3) repenting and turning our hearts once again to our loving God who creates all of humanity in the divine image. This intergenerational sin can end with us as we work toward creating a culture of anti-racism and repair.

To this end, PSEC’s Zachariah Walker Racial Justice Initiative will offer ways that churches can stand in support of our Black members, neighbors, and friends. We will educate ourselves about the terrorism of white power and the violence of systemic racism and turn our hearts to action and prayer. The Zachariah Walker Racial Justice Initiative will be sharing with pastors and churches historical information, educational resources, and worship suggestions that follow the liturgical calendar, beginning in Advent 2020.

A few highlights of the themes for the liturgical year include:

The project will culminate in an interfaith service of repentance and a sacred remembering of Zachariah Walker and the many people of color murdered by acts of racial violence in the United States.

Jesus told his followers to “…love the Lord your God with all your heart, with all your being, with all your strength, and with all your mind, and love your neighbor as yourself” (Luke 10:27). Loving our neighbor takes courage, commitment, and action. We hope that you will join the PSEC in remembering Zachariah Walker and working for racial justice as we remember the words of The Rev. Dr. Martin Luther King, Jr. in his message to the wider church: “In the end, we will remember not the words of our enemies, but the silence of our friends.”

The time is now to raise our voices for good, and together, commit and hold ourselves accountable to create a culture of anti-racism, and do the hard work of racial justice. May we, too, dream dreams of racial equity, and together, through our work in Christ, let us make these dreams a reality.

If you have questions or would like to get involved, please contact PSEC’s Zachariah Walker Racial Justice Initiative Steering Committee:

Brene Brown, in a 2017 video, lifts up the importance of owning our story, our truth. She states that “we spend a lot of time running away from our stories. And our collective story in the United States is a largely a story of white supremacy. That is the story. That is our story.” She goes on to say that “if we truly own our story we get to write the ending…The stories that we don’t own collectively, own us.” As we enter into Holy Week and examine the wounds of Jesus, his suffering and sacrifice, may we also be willing to look at the wounds and long suffering of Black America inflicted largely by white America and racist policies. May we commit ourselves to the process of owning our collective story so we can write the ending – an  ending of healing, resurrection and new life!

“For the Inward Journey,” part of the collection of Howard Thurman’s writings.

I CONFESS
The concern which I lay bare before God today is
my concern for the life of the world in these troubled times.
I confess my own inner confusion
as I look out upon the world..
There is food for all – many are hungry.
There are clothes enough for all – many are in rags.
There is room enough for all – many are crowded.
There are none who want war – preparations for conflict abound.
I confess my own share in the ills of the times.
I have shirked my own responsibilities as a citizen.
I have not been wise in casting my ballot.
I have left to others a real interest
in making a public opinion worthy of democracy.
I have been concerned about my own little job,
my own little security,
my own shelter,
my own bread.
I have not really cared about jobs for others,
security for others,
shelter for others,
bread for others.
I have not worked for peace;
I want peace, but I have voted and worked for war.
I have silenced my own voice
that it may not be heard on the side of any cause, however right,
if it meant running risks or damaging my own little reputation.
Let Thy light burn in me that I may, from this moment on,
take effective steps within my own powers,
to live up to the light and
courageously to pay for the kind of world I so deeply desire.

The Pennsylvania Southeast Conference of the United Church of Christ commits itself to the proclamation of the Gospel and the furthering of the mission of Jesus Christ. As disciples of Jesus, we are all called to follow the mandate to love one another completely, regardless of race, creed, gender, culture or difference. This is our mission: to speak the truth with love to powers and principalities, confronting bigotry and bias wherever we go.

We acknowledge the role that white Christians have played in both denying and, at the same time supporting, racist structures and attitudes, and we humbly beg forgiveness for our conforming to the evil of racism. We understand that bias can be an unconscious and unintentional failure, as well as a chosen worldview. We are reminded by the Scriptures that diversity and inclusion are necessary components of a mature, radically welcoming faith. We accept that each one of us has our own story to tell, our own history to own, and our own confession around racism for which we must atone.

Finally, we promise to be allies to all who are oppressed by these systems, committing ourselves to listen to the words of those who have been harmed by racism. We will stand in support of all who face oppressive situations, working together to dismantle the structures of this sin. We do this as servants of the risen Christ, who was Himself a poor person of color, oppressed by an invading nationalistic power, who was murdered for standing with others just like Him.

Add Your Name to the PSEC Anti-Racism Statement:
The Zachariah Walker Racial Justice task force of the PSEC of the United Church of Christ is inviting individuals and entire congregations to join our anti-racism initiatives and sign this anti-racism statement. Please click here to sign ipetitions.com/petition/psecucc-antiracism-statement
It is our hope that as we circulate this statement during Advent and Christmas-tide it promotes both reflection and discussion. Together, with courage in our hearts, we pray that Christ gives us the ability to understand this as a white problem that mars the soul of Christianity and our nation. 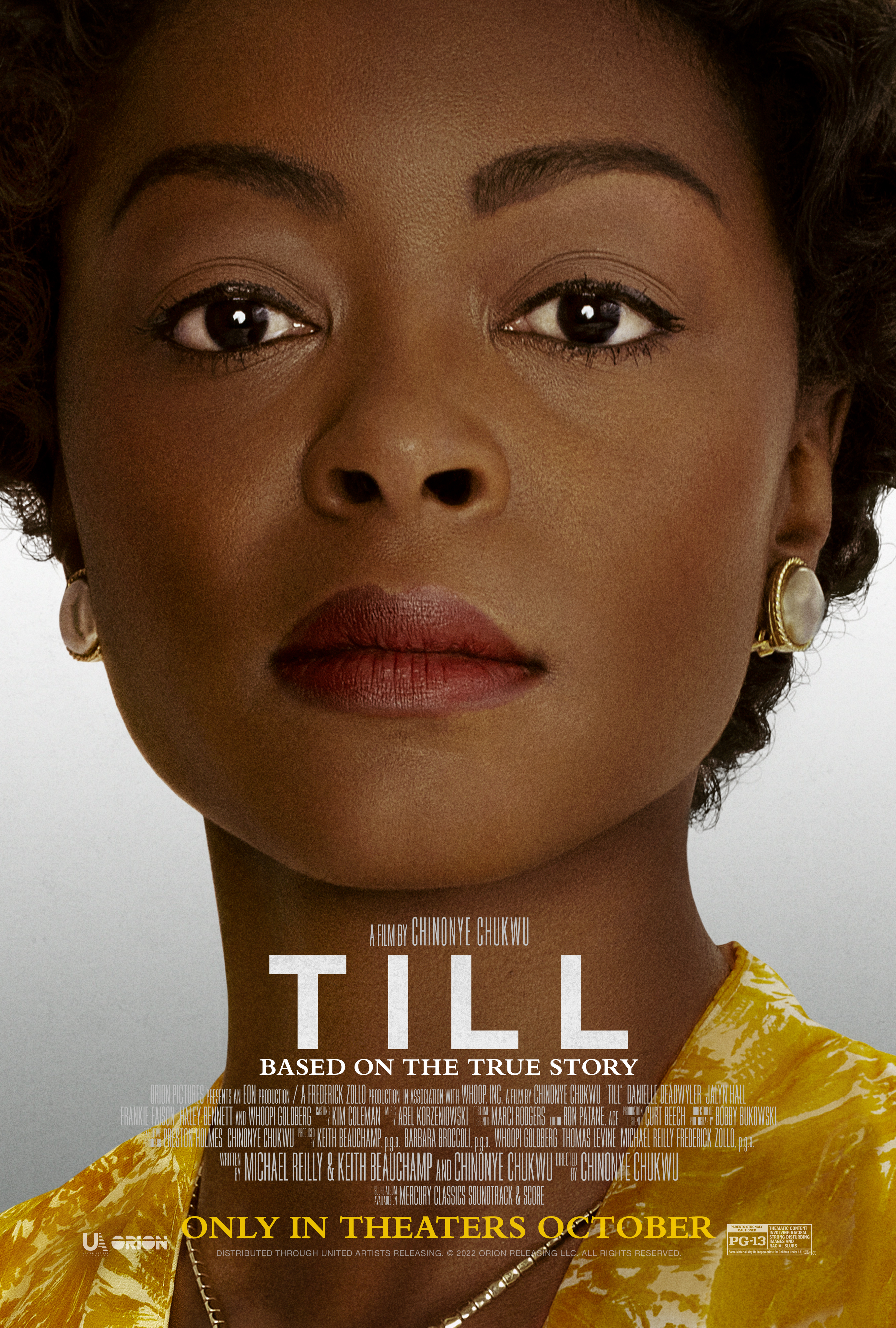 Dec. 1, 7p.m. The Racial Justice Team will lead a conference-wide discussion of the movie TILL, exploring the powerful truth-telling, justice-seeking spirit of Mamie Till, and what we can do as people of faith to thwart, change and dismantle the culture of white domination (white supremacy) and its’ centuries long systemic oppression of, and violence against, Black people and Black communities. We encourage congregations to coordinate a “Movie Night” viewing of TILL at your local theater and then join us for a time of thoughtful, faithful discussion and introspection, and an opportunity to explore what social justice campaigns or truth-telling topics your faith community is willing to actively engage in. To register for the TILL discussion click here. Registration is free.

Stay current with local church, conference-wide and national UCC news. Also included is a link to Communitas, our newsletter formatted for easy insertion into worship bulletins.